Hillary’s Friday Feature Artist Interview can be found at the bottom of this page.

With a delicate hand and heart, Hillary Waters Fayle turns a seemingly ordinary leaf into a work of art.

Through her meticulous eye for detail and what must be an abundance of patience, she creates intricate embroideries on botanicals. Hillary’s collection of embroidered leaves is a celebration of what can be done when we act with care.

Her work has been widely exhibited and is held in both permanent public collections, including the United States Embassy in Colombo, Sri Lanka and several private collections. Hillary spoke to Fibre Arts Take Two about her two passions and where they have led her.

Hillary has always had a passion for creating, “I always have wanted to make things,” she says, “even as a small child. I always felt this desire to make a thing. I remember really wanting to whittle with a knife. My parents were not going to give me a knife!”

With knives out of the question, Hillary was handed a needle and thread, “My grandmother on my mother’s side did a lot of knitting, so there was this lineage of seeing this material and using it. There was something about being able to stitch onto or into a piece of clothing or a pillowcase or something to create this beautiful moment in my life.” 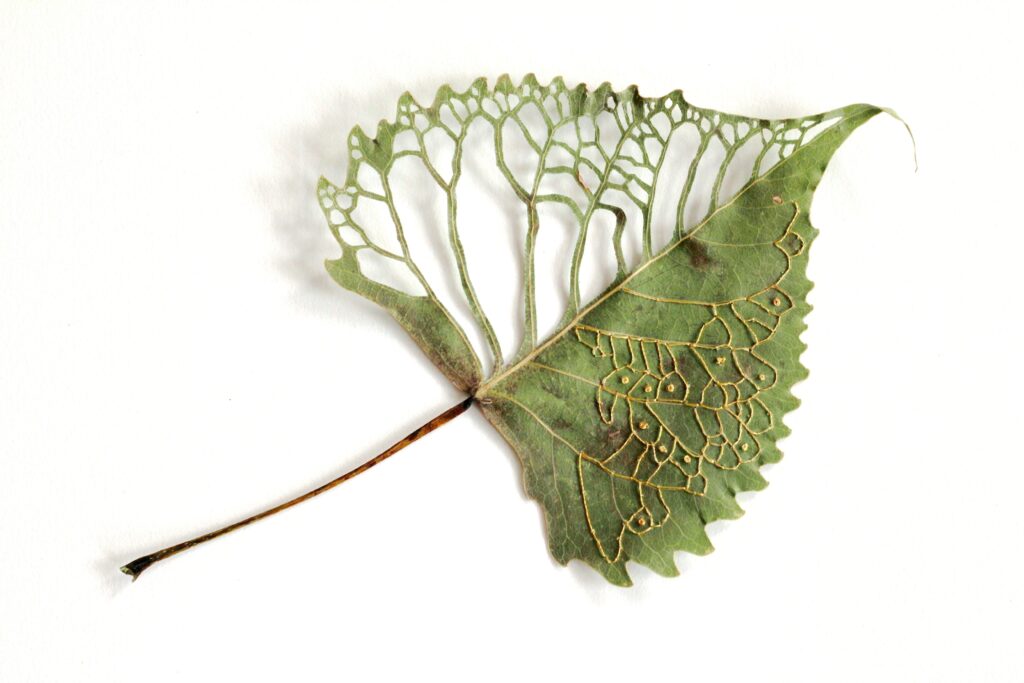 Hillary found her second passion only a little later at an environmentally-themed summer camp, “Beyond just being outside and totally loving that experience and learning about nature in the land,” says Hillary,  “it opened my eyes to this possibility of having a career devoted to protecting that which I feel is most important. It felt like maybe the most noble thing one could do with their life was to devote it to protecting the planet.”

When the time came though, it was art that called more strongly,  “I got to the age where I knew I was going to need to decide what I was going to do in college. Do I choose this path of art, which I’ve always loved? Or do I go down this natural science path? I did end up choosing art.”

Hillary never lost her passion for the environment, though. In fact, as she grew older, she often returned to the environmental summer camp, later as a councillor. It was there that Hilary made a decision that would shape her art. “I was kind of casting around for something to stitch on. I just remember looking through the kitchen and thinking, ‘oh, nothing in here is inspiring me at this moment. Maybe I’ll go outside and see if there’s anything out there.’ So I just looked up and saw this beautiful tree above me, and I just thought, maybe I’ll try that. And I did. And so, of course, that was this amazing moment which set me on a trajectory for the future.

I have to say, and even at that time, I remember stitching that first leaf and just feeling like it was the first thing that I’ve made in my life that was really meaningful to me.”

“I’m inspired by a lot of natural patterns and things that I see in the world,” Hillary says when asked about her inspirations, “There’s a lot of patterns that I’ve been using lately that are inherent in fungi, you know, the gills of fungi, or different cellular structures. But then also, I’m very inspired by looking at historical textiles, and the patterns in the decorative arts throughout history.” 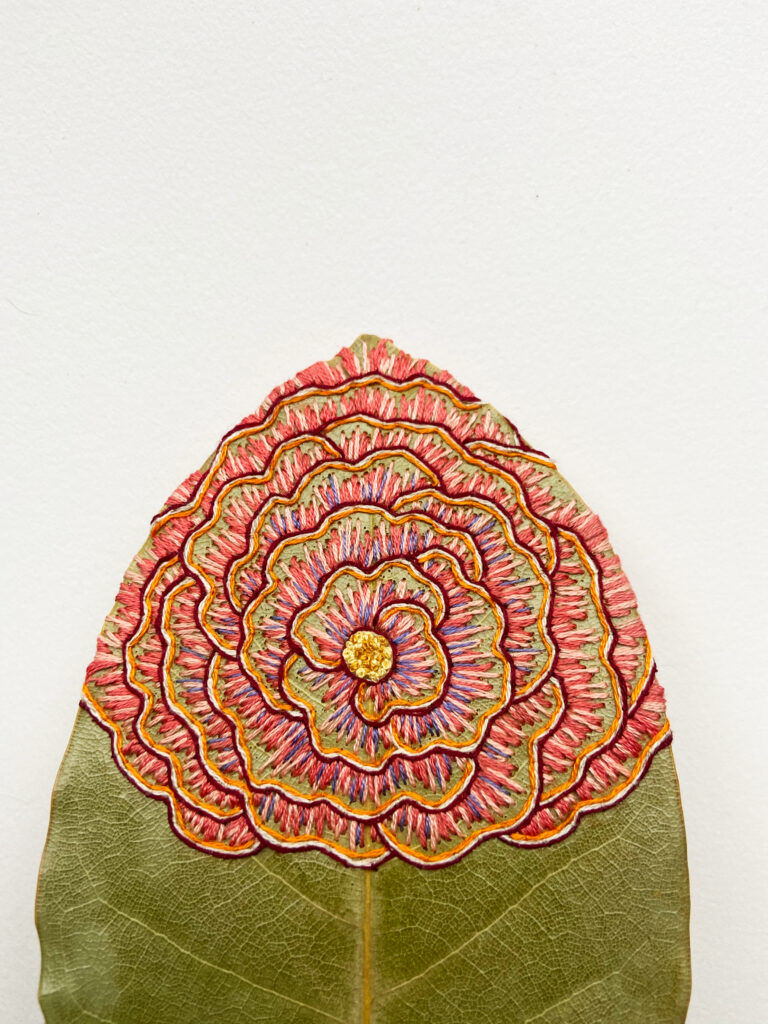 As much as leaves have been central to Hillary’s art, she has not explored other media. She even ended up working with snake scales. “I actually started working with the feathers first,” Hillary explains,  “I started using different types of feathers, which I found out after I’d started was actually illegal because of the protective migratory bird Act, so now I use chicken feathers. The snake scales came right after that.”

Snakes are more than another form of fibre though to Hillary, “Snakes are such symbolic and beautiful creatures,” she says,  “They have this thinking about the circle. And so circles also have become really important to me, thinking about this line that just connects to itself in the way that energy never leaves and just keeps coming back around in different ways. So just playing with these shapes and playing the shapes of the scales themselves. Even in a single snake, the scales shift size and colour. They’re all different so it’s kind of an amazing material to play with.”

Hillary is most proud of her impact on people. She sums it up with a quote from Irish philosopher and poet John O’Donoghue. “He said that ‘Beauty is that in the presence of which you feel more alive.’ 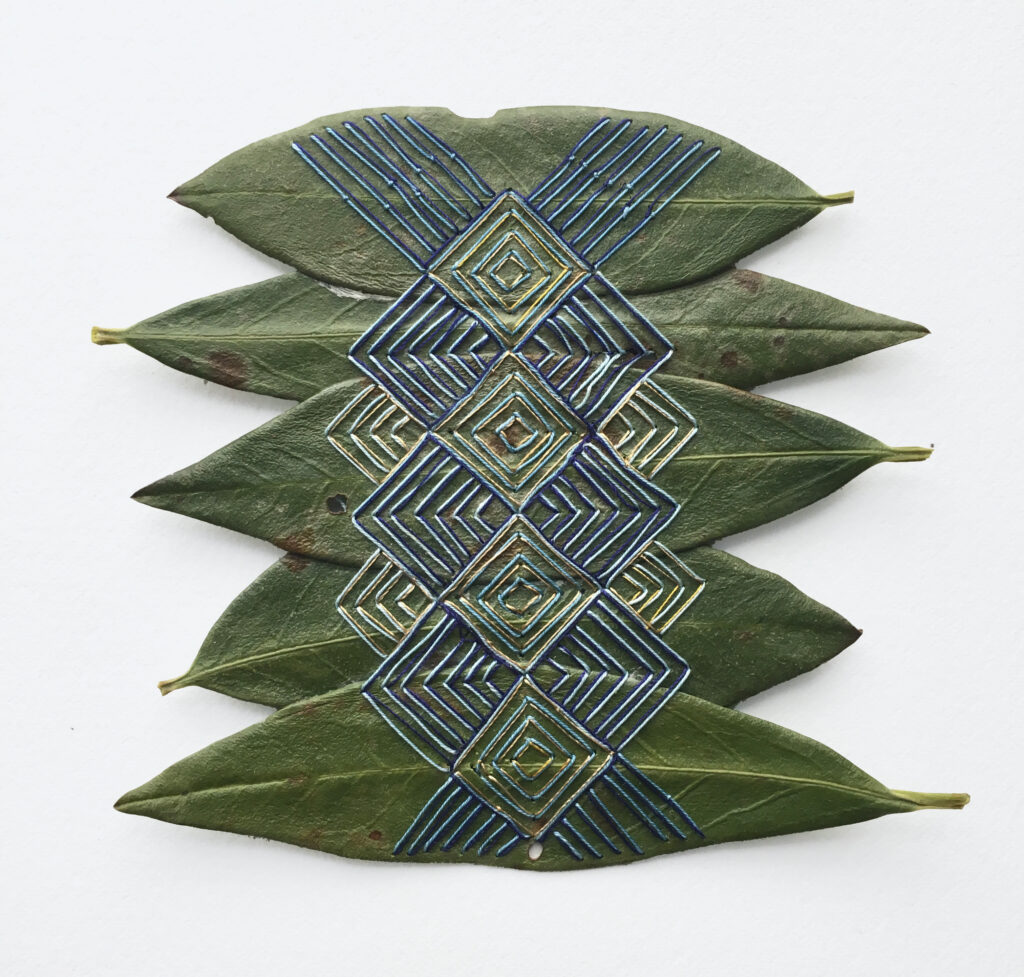 Hillary Waters Fayle received an MFA in Craft/Material Studies from Virginia Commonwealth University and a BFA from Buffalo State College.

She has previously taught at Penland School of Craft (NC), the Mediterranean Art & Design Program (Italy), and Yasar University (Turkey). Her work has been widely exhibited and is included in the permanent collections of the Burchfield Penney Art Center in Buffalo, NY, the Kalmthout Arboretum & Botanical Gardens in Belgium, the United States Embassy in Colombo, Sri Lanka and several private collections. A public installation in collaboration with the AK Museum can be seen year-round in Buffalo, NY. 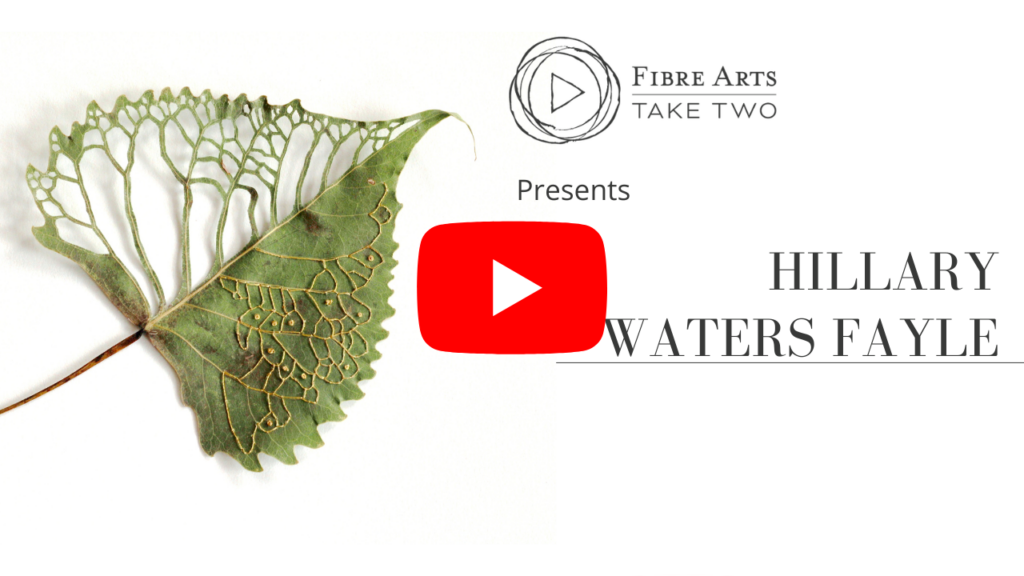