Christine Chester: Layers and the Beauty of Decay

Christine’s Friday Feature Artist Interview can be found at the bottom of this page.

Christine Chester is more than an artist. She has found a beautiful synergy between her love for teaching, mentoring community and creating.

Christine is an award-winning mixed-media artist whose works focus on memory, identity loss and absence. She creates work to exhibit as well as developing fabrics and quilts as part of her teaching. Inspired by her own experiences of a family member living with dementia, Christine uses printed transparent fabric and papers to generate fractured imagery that expresses some of the confusion surrounding the disease.

Christine earned distinction for a master’s degree in Art and Design at the University of Brighton and teaches popular online and in-person workshops from a well-equipped print studio. Christine walked Fibre Arts Take Two through her art career and her teaching.

At her mother’s knee

“Like a lot of people, my journey started at my mother’s and my grandmother’s knee,” Christine says when Fibre Arts Take Two asks about her artistic beginnings, “My grandmother crocheted and knitted. My mother stitched, and she was a member of the embroiderers guild, so she used to take me up as a child. I learned my stitching and my love of all things textiles from my grandmother and my mother.”

A curious twist of fate led to Christine’s passion for stitching, “I gave up smoking when I was 25,” she says, “and needed something to do, so I went to embroidery. I said to my mum, ‘I need something. So she had some iron-on transfers, she gave me a couple of magazines that told you how to do the transfers, and I made a couple of cushion covers and very standard embroidery stuff, but that’s where it started. It was always my go-to thing if I wanted to relax in the evening.” 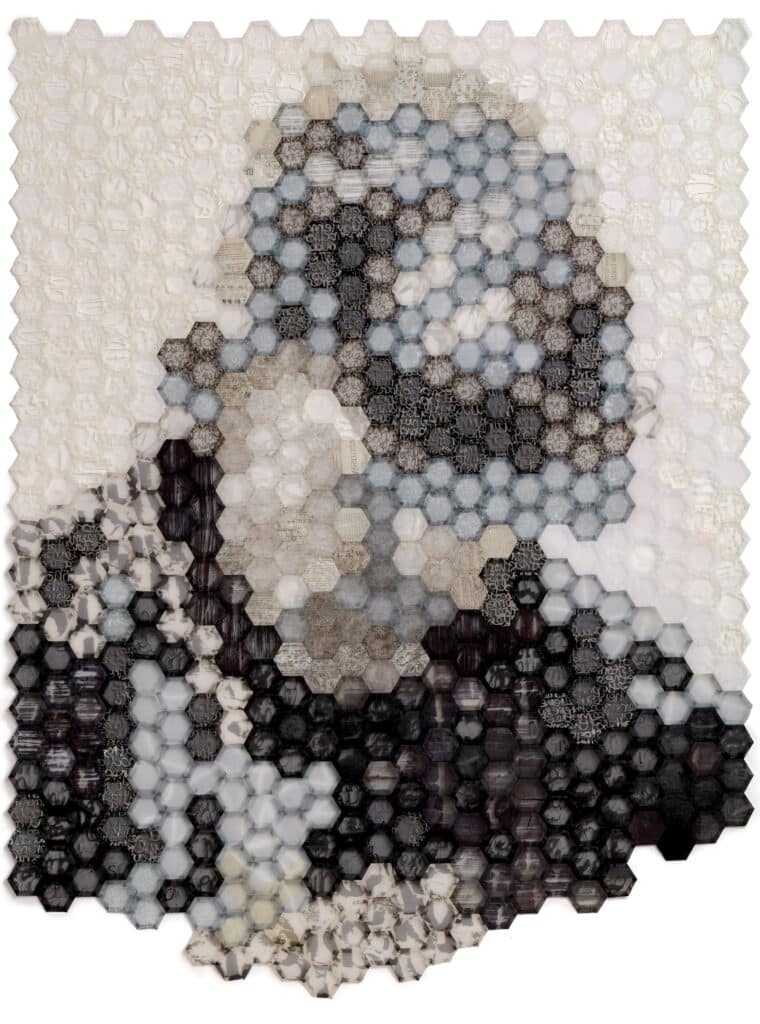 One of the major themes in Christine’s work is her father’s dementia. The fact that her father had nothing in his pockets when he passed away struck Christine as particularly affecting.

“So many elements of your own identity are tied up in your pockets,” she says, “my father had his wallet, and his wallet, of course, contained his credit cards, as well as the money and all the rest of it, but he had all sorts of little things in there that would indicate his own identity. He also had a pen knife as a fisherman. He would never ever have been found without a pen knife. At the end of his life, he had none of those things in his pocket. The only thing he had was a handkerchief.”

Christine used the confronting image of empty pockets to create art, “I decided that my end-of-year show would be casting empty pockets in plaster,” she says, “So I cast many, many pockets in plaster, and then I started to take them to people and get them to hold them, and I photographed them holding them. Then I photographed them as if they were holding them without the plaster pocket in place, and those are actually the photographs I used. So you can see that there are photographs of just hands because I wanted to talk about the carers. I wanted to talk about the people who are holding the people who have dementia.”

Christine often uses a lamination process in her art. “Paper lamination,” she says, “is a way of getting the printed surface of paper onto a piece of fabric, where most of the paper is gone, but the print surface remains. A lot of people use it with photographic imagery. A lot of my earlier work that was involved with my father uses the photographs that my mother had taken of him while he was fishing.”

Christine loves the transparency that lamination provides, “One of the things I particularly like about the paper lamination that I work with,” she says, “is that it works on transparent fabrics. I love that ability to layer and see through and be slightly confused and slightly intrigued by what’s going on. Paper lamination, for me, incorporates both that imagery, that use of imagery, but also that element of transparency. “

Like so many people, COVID-19 helped Christine to change course a little, “When lockdown came pandemic hit, I was kind of thinking, ‘Now, what do I do?’” says Christine, “So, I learned how to film. I got a camera. I learned how to make films and videos, and I learned how to edit very, very quickly. So that gives me the opportunity to build a portfolio of online classes.”

Christine’s teaching has now taken off, “I do a range of online classes,” she says, “I have some which are just purely video based. I tend to drop the videos once a week and take you through a process, and I like to do tutorials with people as well. There’s generally a zoom tutorial built into those classes once a fortnight. I also do live online classes.”

The Poetry of Decay

One of Christine’s most exciting classes is called The Poetry of Decay. “It’s an introduction to mixed media,” Christine explains, “It’s amazing what you can do with a whole range of stuff that you layer over the top of one another, and you don’t really think about. The nice thing about decay is that Urban Decay tends to have a kind of repeating rhythm, so you can kind of put things onto paper or in lines and rows and stuff like that. Decay out in the countryside is just organic, and it just kind of grows, and you don’t have to really think about it. Basically, it’s about understanding how one layer of media underneath affects what’s going on on the top, and I introduce people to media that maybe they’re not that familiar with.”

It has taken Christine Chester a long time but she is finally doing what she has always wanted: She is working as an artist and teacher. She loves doing both, and they feed into each other.

She gained a Distinction for her Masters Degree in Art & Design at the University of Brighton. It was a practice-based degree over two years part-time, which has informed her own practice beyond the scope of the degree itself.

Christine is a founder member of unFOLD, the textile art group constantly pushing the boundaries of textile art. 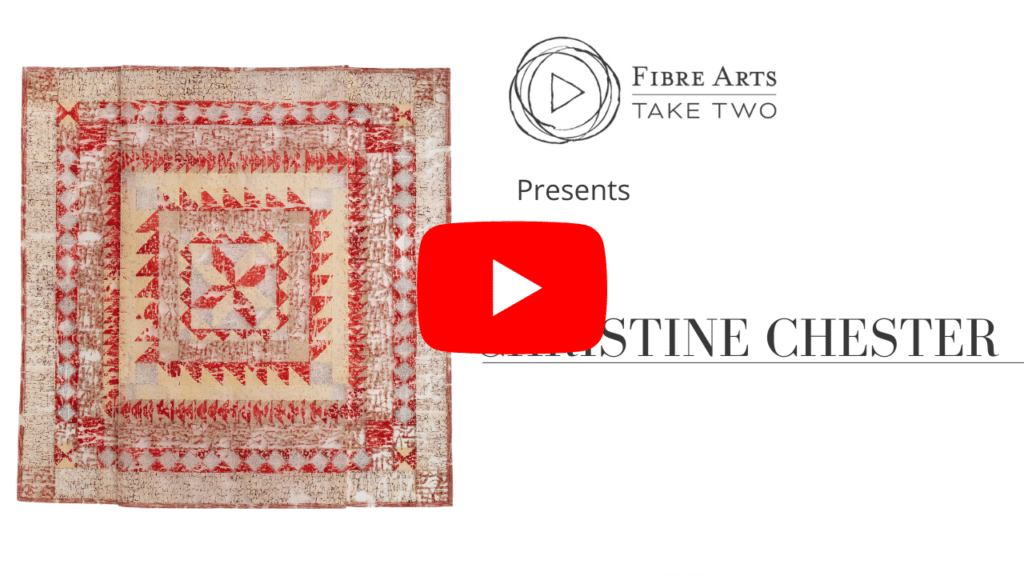