Neil Holland – The case of the Weeping Woman

Prepare yourself for something different this time as document examiner Neil Holland talks us through one of Australia’s greatest art heists.

Neil’s Friday Feature Artist Interview can be found at the bottom of this page.

During the last 46 years, Neil’s work has taken him around the globe, visiting forensic laboratories, including multiple visits to the US Secret Service and FBI laboratories division.

This has seen him be involved in many cases of historical importance, from analysing the Waltzing Matilda manuscripts to playing a role in one of the most bizarre art theft stories in history. Be prepared for a wild ride as Neil talks Fibre Arts Take Two through his involvement in the theft of Picasso’s Weeping Woman.

Before we dive into the bizarre story of the Picasso theft, you need to understand what Neil does. “We are called forensic document examiners,” says Neil, “We openly examine documents. A document will encompass something that’s stored digitally and also, of course, any mark or image put down by hand, computer, or other means. So ultimately, paintings, artworks definitely come into that.”

“Generally, we’re looking at counterfeit and forged documents which could be immigration, Visa type documents, passports, currency through to postage stamps, works of art or basically anything you can think of that’s been replicated by someone or a group of people with deception in mind.”

Document examination involved Neil in one of Australia’s most infamous art heists, the theft of the Picasso Painting, The Weeping Women, from the National Gallery of Victoria in 1986. The incident has become a legend and is the focus of the SBS documentary series, Framed.

The theft of the Picasso initially went unnoticed until a series of letters were sent to local media outlets. After the media contacted the police, a business card was found in place of the missing Picasso. The art thieves’ calling card boldly stated that they were ‘Australian Cultural Terrorists’.

“That morning, being the head of the branch, I was contacted,” says Neil, “All the letters that had been sent out were being rounded up by the police investigators and brought down to my section so I could examine them.” 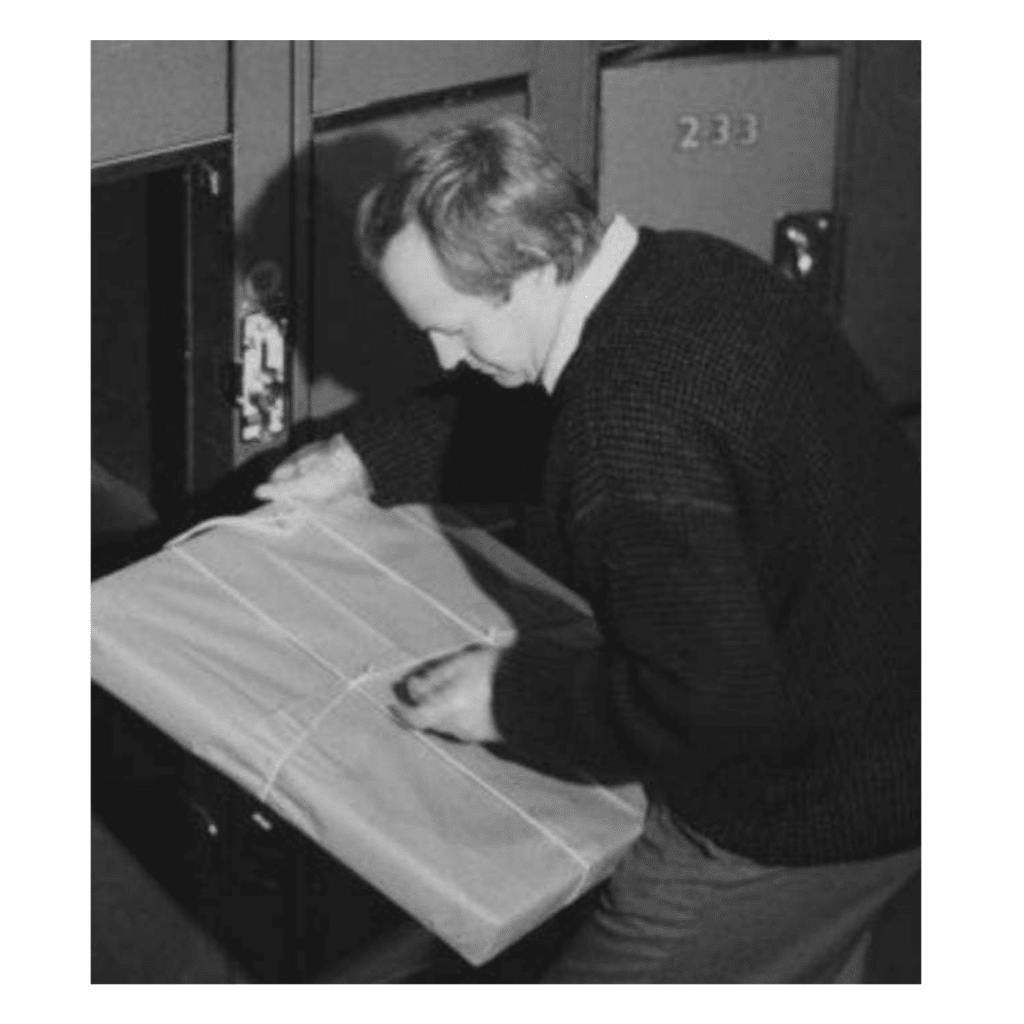 At the time, the letters were typewritten and not printed from computers, “We would use an Interpol classification system that was developed by them for police forces all around the world,” says Neil. “From that, we’re able to identify what sort of machine we’re looking for, just in case the police had some information to go somewhere under warrants and see if there was a typewriter there.”

“The other aspect to it was examining the text under a microscope,” continues Neil, “and establishing that they were all typed on the one typewriter. So if they came from individual typewriters, it might have meant there were several people. The fact that they all originated from the same typewriter would assist the investigation a great deal, should they come across it. But during the course of the investigation, no typewriters were seized and brought in to me.”

For Neil and his team, the paper was as important as the words written on it. “We look for impressions that could be on a sheet of paper. When you write on the notepad, tear off the top sheet of paper, a letter that you’ve just written, the impressions of that would be on the top page. We use certain techniques to bring up what was written above it. So we will do all those sorts of things, analysis of the paper if need be.”

Despite Neil’s meticulous work, little to no progress was made. “As the days wore on,” says Neil, “there were ransom notes. They wanted more money to be spent on the arts by the state government. That was the number one demand. And two, they wanted one or two scholarships a year, and money would be put up from this every year, hopefully by the government for young artists. So at no stage were they telling us that they were going to destroy the painting.”

The government though was not playing ball, “They just say, ‘No. We’re not paying because you pay once, and then you’ve got to follow up’. So the next letter that was sent says if the government didn’t make their demands, they would destroy the painting. They also put in a burnt match within the envelopes, just for effect, I suppose.”

The government stuck to their guns and flatly refused to negotiate. Time went by, and Neil got on with his life when out of the blue, Neil received a phone call. Neil says, “Major crime said one of the new newspapers had received an anonymous tip that there was a package in our (train station) locker. I said, ‘Give me an hour, and I should be there.’”

When Neil arrived, all hell was breaking loose, “There must have been 30, 40 journalists and video cameras,” he says, “So that was pretty daunting, to say the least.”

When Neil could get to the locker and examine the contents, he found a package wrapped in brown paper and tied with string. “And would you believe,” says Neil,  “a folded sheet of paper. It was a typewritten note from the Australian Cultural Terrorists. When I examined it, it was typed on the same typewriter as all the other letters that were sent.” 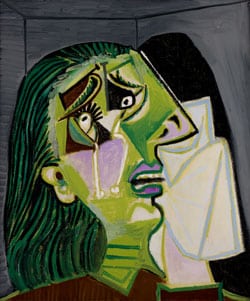 The police eagerly anticipated the opening of the package. ”I think they expected a setting like a Christmas unwrapping. They thought I would just pull the paper away to have a look and see what’s there.”

But Neil had protocols to follow, “When I say to them, ‘One, this will take some hours to do because I’ve got to photograph the knots, follow a whole range of things before I even get into it.’ And I said, ‘The other thing is, I’m not too sure until I x-ray inside what may be there. So I said nothing will be done until you leave the building.”

Once Neil had carefully opened the package, he found a wooden frame with two sheets of masonite screwed together, “There were 22 screws in one side which I removed meticulously by hand. When I finally made the decision to remove the last screw, there was a stretch of the frame holding the painting, and to me, it looked like the real thing.”

Expert analysis later determined that it was.

To this day, the crime remains unsolved. “We’re looking at someone,” says Neil,  “who really had the knowledge of the National Gallery and some of the security. It’s been said by many people that someone internally was, and would have definitely been involved. But that was never proven. It’s still an open file. They never charged anyone. The main thing was to get the painting back intact.”

While the Picasso theft was a huge moment in Neil’s career, he has dealt with all kinds of other fakes and forgeries. “We talk about fake watches. We talk about fake phones. I’ve certainly looked at all sorts of different things. Pottery from Mesopotamia, 2000 BC, Persian rugs being sold here where someone’s asking exorbitant prices for a Persian rug, come from so and so. Someone here in Victoria had the skill and came from that part of the world and was selling them off. It doesn’t matter what’s been produced; there are always fakes.” 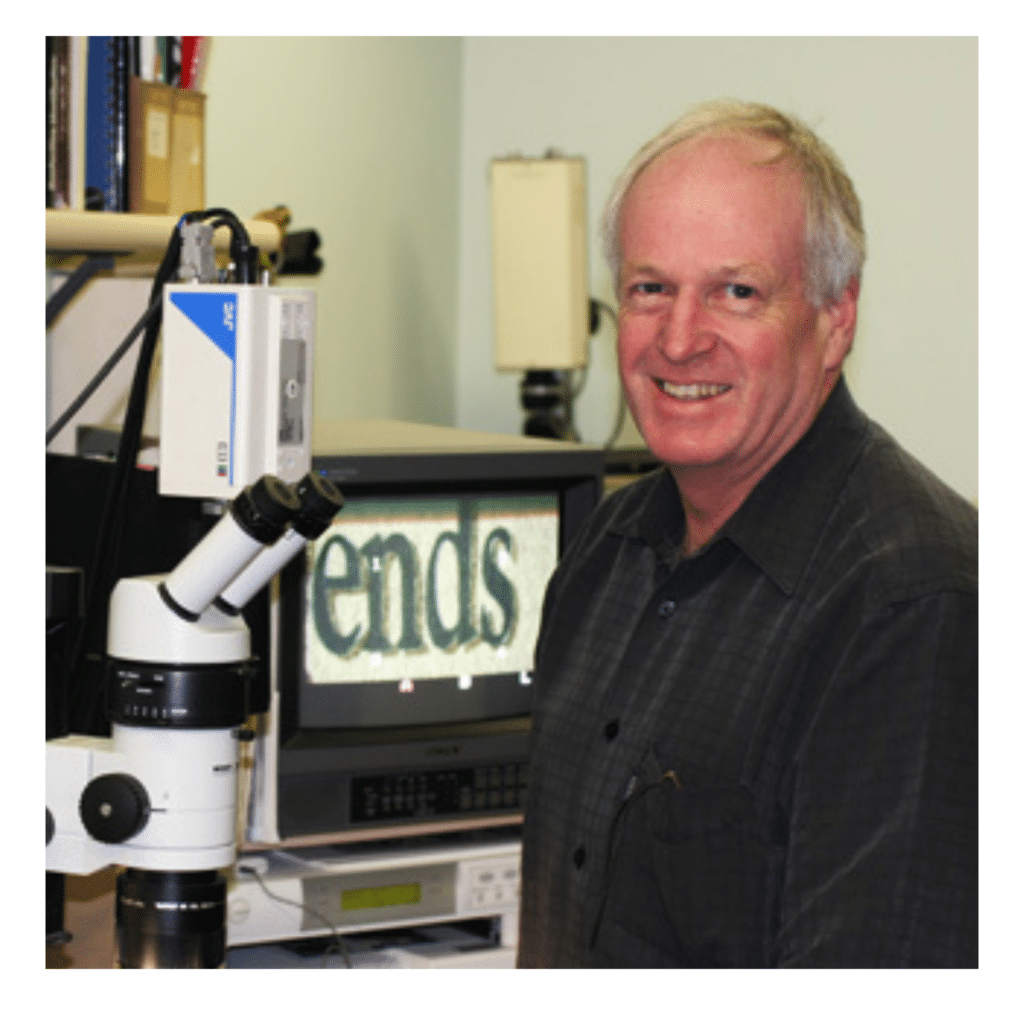 Neil Holland is a document examiner and has been involved in forensic science since 1976.

He was employed with the Victoria Police forensic science laboratory in Melbourne for over 13 years, where he was the laboratory’s head of the document examination branch from 1980 to 1989.

In 1989 Neil resigned from the forensic laboratory to commence his own business.

During the last 46 years, Neil’s work has taken him around the globe, visiting forensic laboratories, including multiple visits to the US Secret Service and FBI laboratories division.