The Art of Business and the Business of Art

Jason’s Friday Feature Artist Interview can be found at the bottom of this page.

For Jason Horejs, life has always been filled with art. In 1978 his father, John Horejs, now a nationally recognised oil painter, moved the family into a single-wide trailer while setting out to build a large geodesic dome home in the countryside.

Though not interested in pursuing life as an artist, Jason fell in love with the business side of art at an early age. In 1991, at the age of 17, Jason began working for legacy gallery in Scottsdale, Arizona, where he learned the gallery business from the ground up.

In 2001, Jason and his wife Carrie opened Xanadu gallery in Scottsdale, building the gallery into a successful venture, showing dozens of artists and selling to collectors from around the world. Xanadu Gallery is a resource for collectors, designers, builders and corporations for procuring the highest quality art.

In his quest to help more artists sell their work and approach galleries confidently, Jason now runs limited one-day workshops, has written a book or two, and now has an online multimedia learning environment through his art Business Academy. Jason recently spoke with Fibre Arts Take Two about getting gallery exposure as an artist.

Art in the blood

Jason’s upbringing was anything but typical. Being homeschooled in a trailer while his fine artist father worked on a geodesic dome is not anyone’s idea of a standard upbringing!

“It was a unique childhood. Some experiences I might not want to go through again, but they certainly set me on a path I’m very grateful to be on. And, of course, I love my parents. We have a great time together. ”

Happy family life aside, art was also part of Jason’s early years. “We got to travel a lot; we went to art shows, and we met amazing artists. That laid the foundation for me being interested in art and ultimately pursuing a career in the art gallery business.” While art was a big part of Jason’s life, he ultimately found his career almost through the back door.  “Growing up in a very unconventional situation as a teenager, my rebellion was that when I grew up I just wanted a normal life. To me, that was rebellion. And in some ways, that’s kind of what has ended up happening. But you know, certainly, a life in the arts is a life of adventure. And I’ve loved every minute of it.” 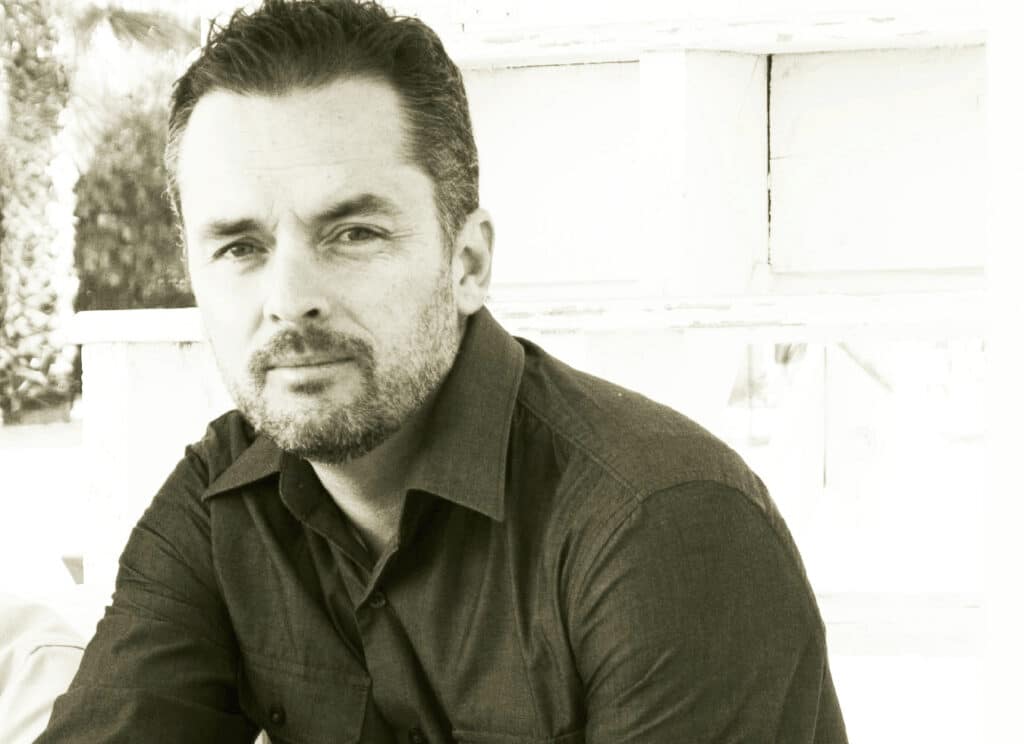 At the ripe young age of 26, Jason made the decision to open a gallery. “We were in Scottsdale; we knew that was where we wanted the gallery to be located. And so we started looking around for a good location. And what we found was a large, upscale retail centre that had just recently been constructed, so we signed a lease there.”

This lease ultimately led to Jason and his wife establishing Xanadu. Rather painfully, Xanadu’s opening day was on September 11th, 2001. “We recently had the 20th anniversary of that. It’s always been a little bit of a challenge for our business to celebrate anniversaries because it aligns with those terrible events. We went ahead and opened our gallery on that first day, and of course, we had no one in, and it was a very heart-wrenching situation. We’d made a huge commitment in terms of the lease and the investment we’ve made, and you didn’t know if people would really be interested or paying attention to art in the foreseeable future.”

Of course, there will always be a call for art, “Very quickly, within the next day, we had our first customer come into the gallery and make a purchase, and what we have come to realise from that experience, there are still people out there, who love art. We’ve been able to build a successful gallery and not only support our gallery and ourselves and our staff, but a large community of artists.”

The importance of quality

For Jason, quality is the keyword aspiring artists need to take on board. He says, “Think about the experience your client will have as they first encounter your artwork. Start thinking about how it might fit into their home or business spaces.

As an artist is thinking about the quality of their work, I would encourage you to step into the collector’s shoes and try to be objective about the work.”

With his business background, Jason sees things from a different perspective than many artists. “I know it’s almost sacrilegious to say this, but to a certain extent, they’re experiencing it as a product that you are producing for them. We want to ensure that that product is up to the highest standards we can attain.” 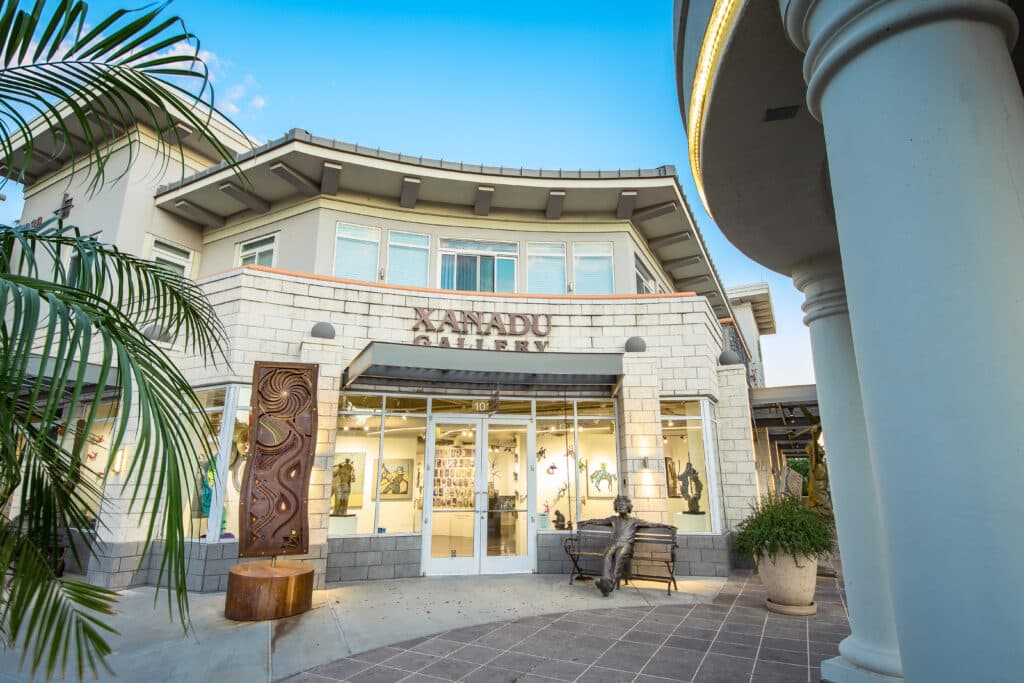 Jason has plenty of advice for aspiring artists looking to book their first gallery.

Asking those questions is a start in finding your footing in the art world because it starts to establish relationships. “I encourage artists, and gallery owners, to think of the gallery-artist relationship as a partnership. We’re going into business together to promote, sell, and market your work. In those initial relationships with galleries, I would encourage you to first and foremost be looking for the relationship. Are you able to interact with the gallery owner in a natural way? Are they interested in your work and excited and enthusiastic about it? Is the gallery well put together? And are they carrying other artists whose work you admire? If you’ve got those things in place, that’s going to be my initial criteria for maybe my first and second galleries, and then I start to get a little more selective as I get beyond that.”

Art in the digital age

A common question many artists have these days is how to make the most of the internet to promote their work.

“When I started in the business, the internet was nascent. Very few artists had websites yet, and social media didn’t exist. We’ve watched all of these new tools become available. It’s presented some challenges, certainly, but also some great opportunities. I see them as tools that can be harmonious with one another, certainly, and play into one another, but they all have their distinct roles.”

“I encourage an artist to create a separate and distinct digital portfolio that’s separate from your website. I would encourage you even to have a PDF portfolio of at least 20 pages, that is, your artwork with the title, medium size, price, and self-contained. I suggest that because you want to be able to control and encourage the experience that a gallery owner will have. And often, that portfolio might then be shared with collectors. Everybody has a website, and sharing a link to a website with a gallery owner really is not going to make much of an impression. But as I share a self-contained portfolio, the message that I am serious and looking for representation comes across.”

The business of art

The final question Fibre Arts Take Two put to Jason was almost inevitable. Is there more art in business or in art itself? “Of course,” Jason says, “my tendency is going to be to say that the business is a real art. I think of my gallery and the relationships and opportunities as my masterpiece. This is the work that I’m building. But at the same time, I say that none of it would exist without the artwork that is created. So, I don’t think that’s an either-or answer. I think my answer to that would be yes. It is both of those things.” 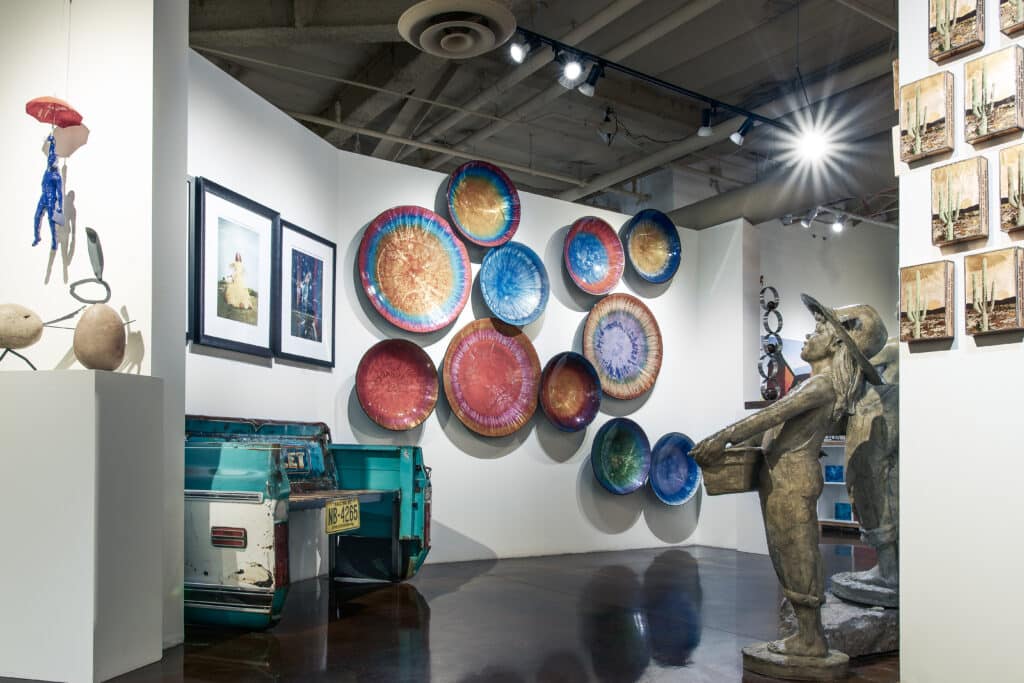 In 2001, Jason and his wife, Carrie, opened Xanadu Gallery in Scottsdale. In spite of opening on September 11th into a completely changed art world, Horejs built the gallery into a successful venture, showing dozens of artists and selling to collectors from around the world, including major municipal and private collections. 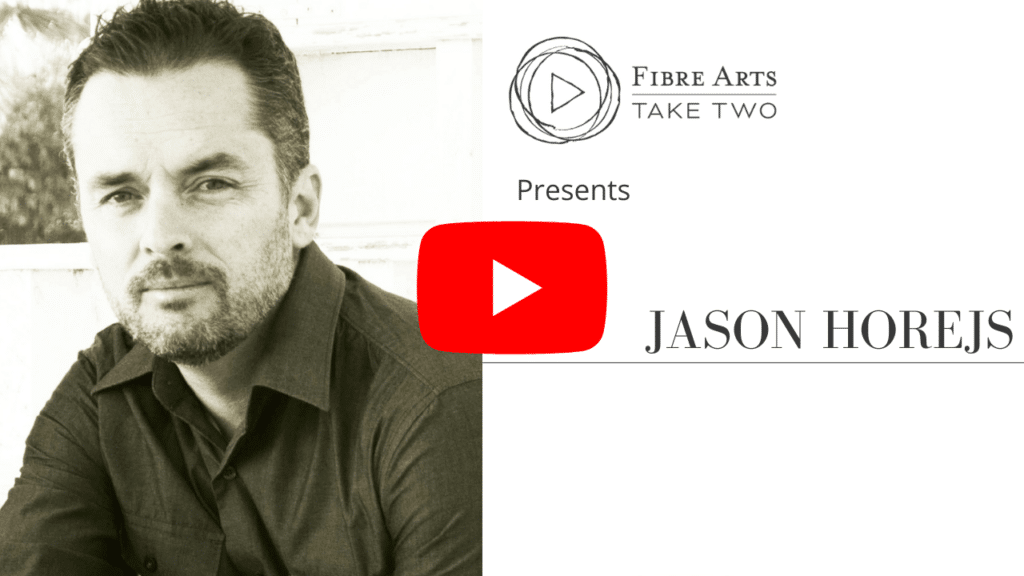