A sketch a day… talking art with Shelley Rhodes

British textile artist Shelley Rhodes shares how her habit of spending at least ten minutes a day sketching led her to grow her online following.

Shelley’s Friday Feature Art Interview can be found at the bottom of this page.

Inspired by architecture, the environment and discarded items, Shelley Rhodes is known for her beautiful layered artwork that combines fabric paper stitch with drawings and prints.

We talked to Shelley, who is one of Fibre Arts Take Two’s most respected artists about her path to art, her method and how practising art daily has helped her grow an online following.

“I loved art school,” says Shelley, “But I never really thought I’d end up having a career in it. I was quite academic at school and in fact, I wasn’t allowed to take art at all. I was doing all the sciences, physics, maths, biology, and it was only when I got to the sixth form that I suddenly realised art was what I really wanted to do.”

Shelley went on to do a degree in graphics before going to work for the BBC, doing TV graphics on a computer. “I worked there for 7 years and never did any of my own artwork,” she explains. Eventually Shelley did her postgraduate certificate in teaching, taught in secondary schools for several years then took textile training at her local college. “I was also very interested in ceramics and I did a range of other training like silversmithing, painting and drawing,” she explains, “I was ready to do my own work and I found I really enjoyed teaching small groups of adults — people who actually wanted to be there.”

Shelley has now been teaching for 20 years. 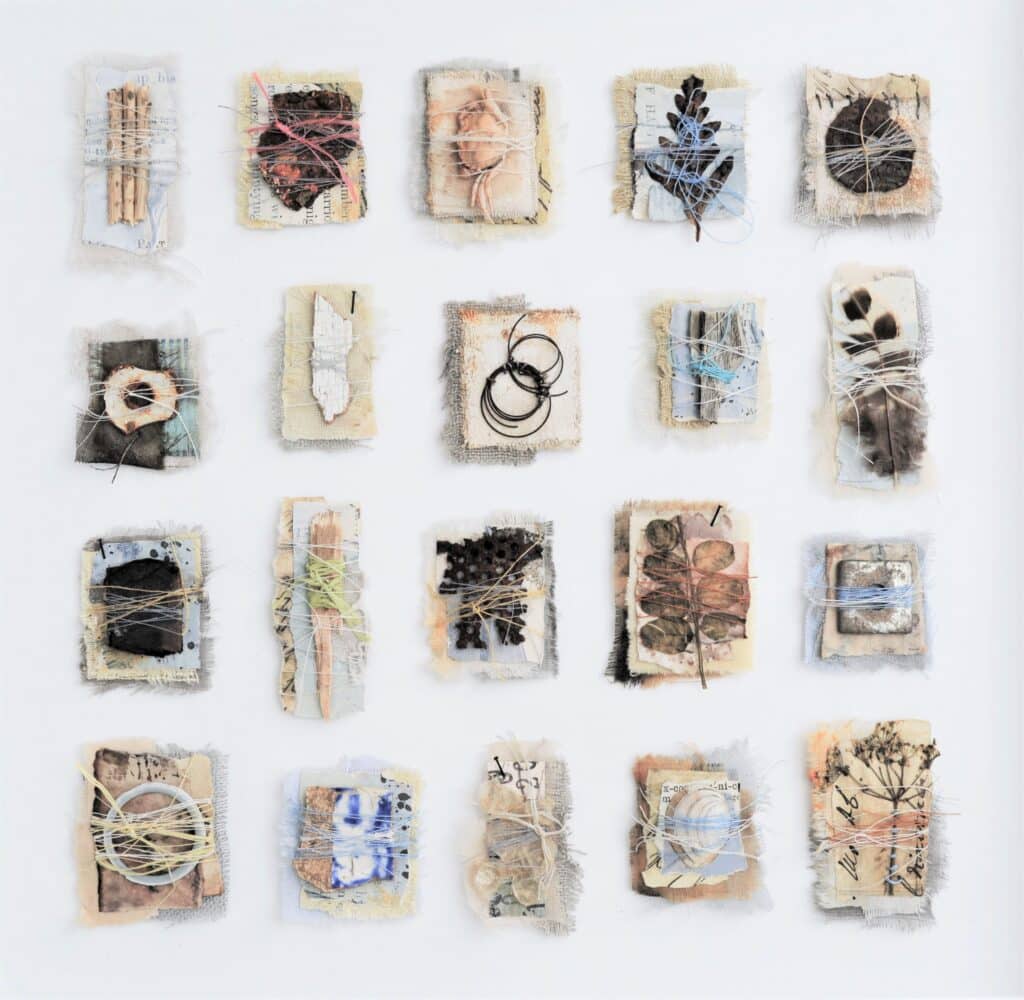 Shelley’s inspiration comes from a combination of materials, places, found items and ideas.

Her current work pays particular reference to the coral seas, exploring bleaching, fragility and the damage to the reefs, as well as the devastating mounds of plastic pollution in our oceans.

“I just found some fragments of coral and they were beautiful and very white. I started to draw and sketch them, then I did some research and discovered coral bleaching… and realised how plastic affects coral reefs as well.”

Shelley now transforms found plastic so it almost looks like coral itself. The fragments she found on the beach resulted in a project that has so far lasted for four years.

Inspiration also comes from museums, which Shelley visits regularly. “I’m conscious of how things are displayed and presented, and how they line up and are labelled. This all feeds into my work,” she explains.

20 years ago, Shelley discovered the ‘drawing a day’ practice. “It sounded too much like hard work at the time!” she exclaims. Despite this, Shelley started on the first of January the next year.

“After four days I didn’t know how I was going to continue but I realised my sketchbook was too big. I switched to a smaller sketchbook but waited until the next January 1 rolled around. The first two weeks were hard but then I got into the flow of it and did it for more than four years.”

“Eventually, it was getting in the way of my other work so I tried to switch to every few days. But then I realised that once the habit is broken, you don’t come back to it.”

That was when Shelley started posting art every day online. “I think having that goal will make you do it. I share whatever I am working on at the time, a drawing from something I have seen that day or my travel journals.”

Shelley works small and has found that a great strategy when it comes to a daily art practice. “I do something every day and pop it up online,” she says. “Even ten minutes a day is enough. It becomes like brushing your teeth.”

The practice has earned Shelley many followers on Instagram. She has also evolved to complete 15 minutes of stitching per day, sharing progress on a small project that has evolved to an exhibition quality work. 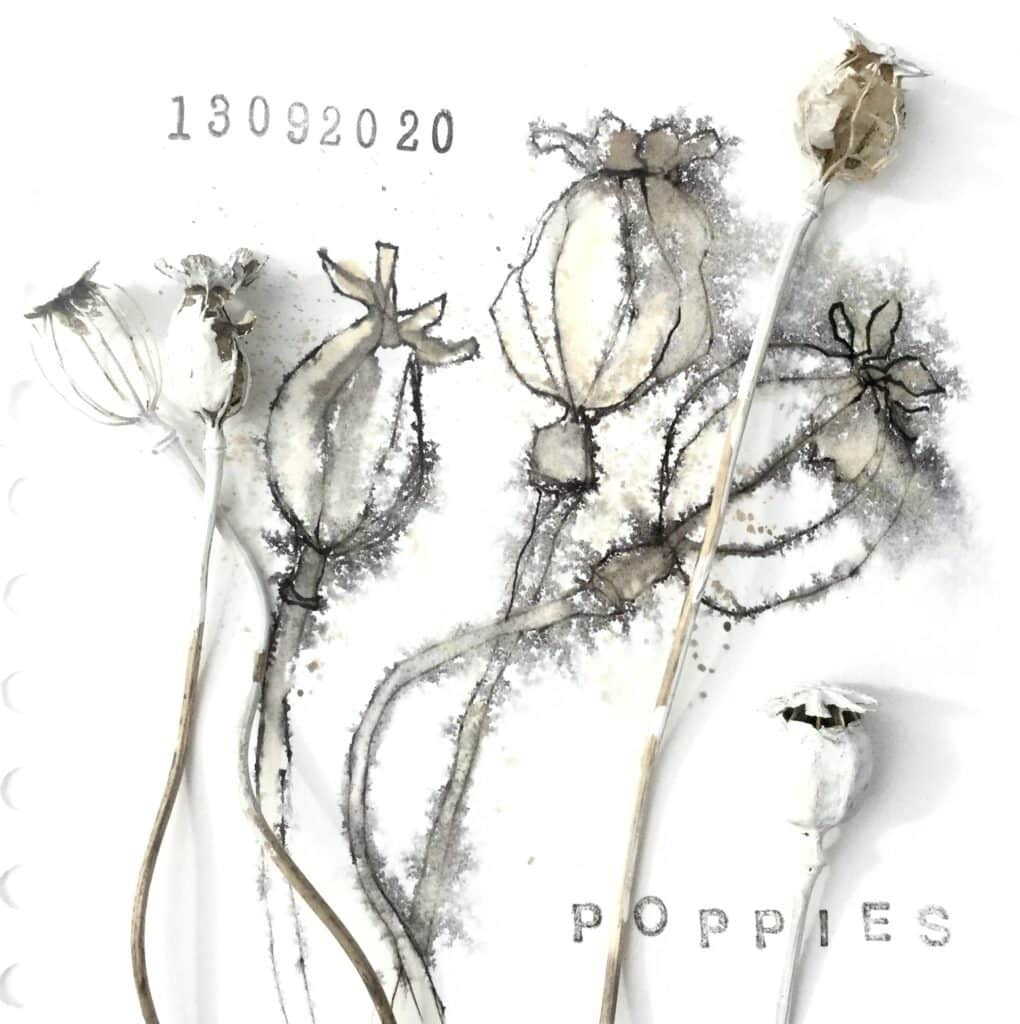 Shelley teaches a range of different art styles in her workshops. “And that’s kind of the way I work,” she says, “With overlap. And I learn something every time I go and teach a workshop. People introduce me to artists and materials. Teaching is a two-way thing and that’s what’s really lovely.”

Shelley’s favourite quote is her old school motto, “The utmost for the highest”.

“Whatever I do, I put my utmost into it. This helps achieve the best results.” Shelley applies this to her artwork, her teaching and her writing. She even teases her husband with the motto when they are doing jobs around the house.

“That’s my thing to be remembered by,” she says. 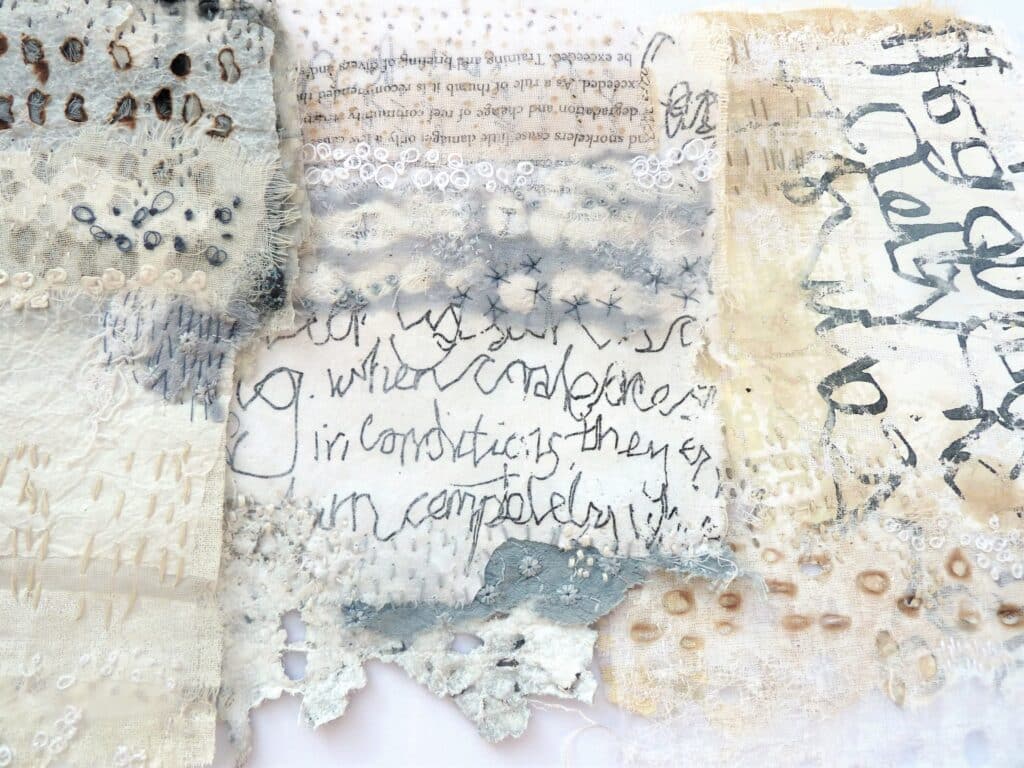 Shelley is a contemporary mixed media artist who combines fabric, paper and stitch with drawings and prints. She gradually builds up layers, editing and altering as the work progresses.

Sources of inspiration include architecture, the environment and discarded items. She often finds inspiration on her travels and constantly records her observations in sketchbooks and journals.

She works from her studio on the Cumbria/Lancashire border in the north of England. She is a member of the Textile Study Group. 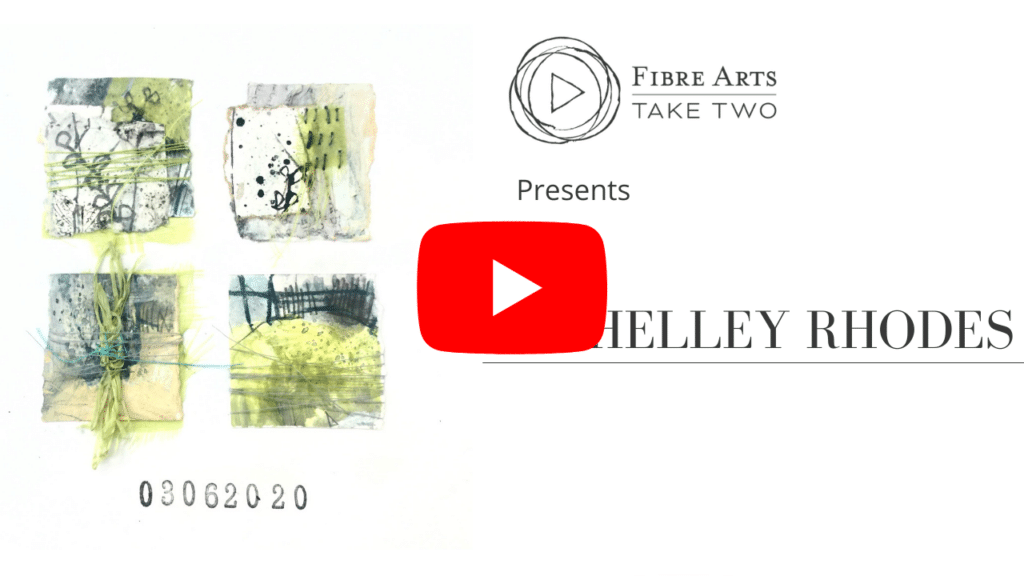 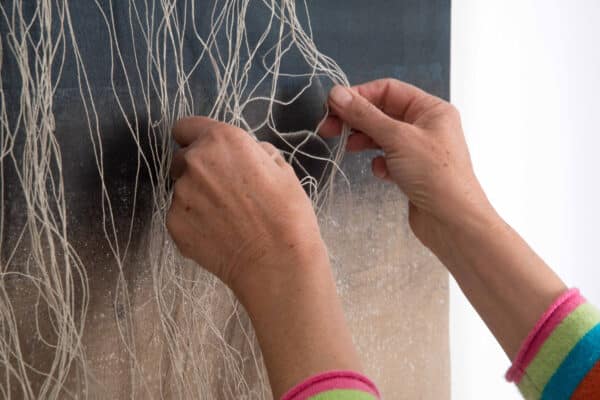 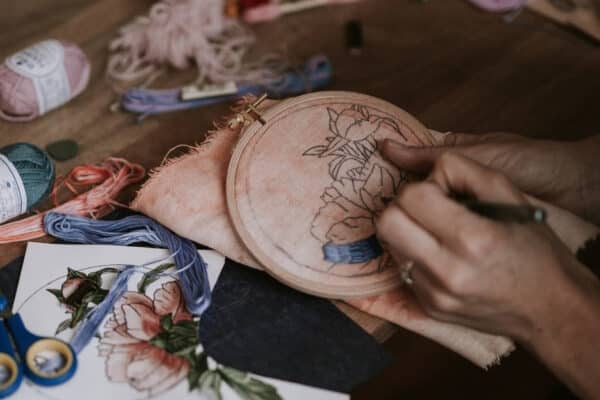 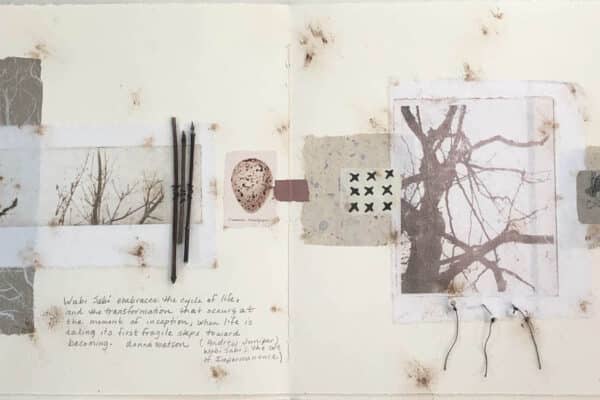