Tamara Russell uses her art to spread awareness of many social issues in Australia. Fibre Arts Take Two spoke with Tamara about her art, life, and passions.

Tamara’s Friday Feature Artist Interview can be found at the bottom of this page.

Tamara Russell is a Melbourne-based textile artist specialising in free-machine embroidery, hand stitching, and mending. Tamara’s practice engages with the natural environment, recreating images and shapes in embroidered works of two-dimensional and three-dimensional forms. Using photos as the starting point, she transfers her subject matter directly onto the fabric, painting with thread.

This work allows Tamara the freedom to portray her concerns around social issues, including the environment, climate change, and the treatment of asylum seekers in Australia. Working with found materials, Tamara finds joy in the unexpected. This is abundantly evident in her captivating, Japanese-inspired textile kintsugi vessels.

Speaking to Tamara about her art and her message was a joy! Here are some excerpts from our recent conversation:

Tamara’s love of arts and crafts started early in life, “I had a mother who was incredibly creative and would try absolutely everything,” she says.  “You name a craft; she tried it. From my teens, she was helping me learn to sew clothes. Back in the day, before you had fast fashion, you either had to buy stuff from Sportsgirl or make your own, so she taught me to do that.”

Outside of her family, Tamara found a supportive artistic network during her time living in the UK. “I met some fantastic textile artists over there, one of whom taught me how to free machine embroider. It opened up a new world for me.”

Tamara also loved to weave, but fate steered her towards embroidery instead. “I’ve spun since I was in my teens, I loved it, but when we moved back to Australia, my loom stayed in England. It was so big. From there, I went much more into my machine embroidery rather than the weaving side and have just had a great time since.” 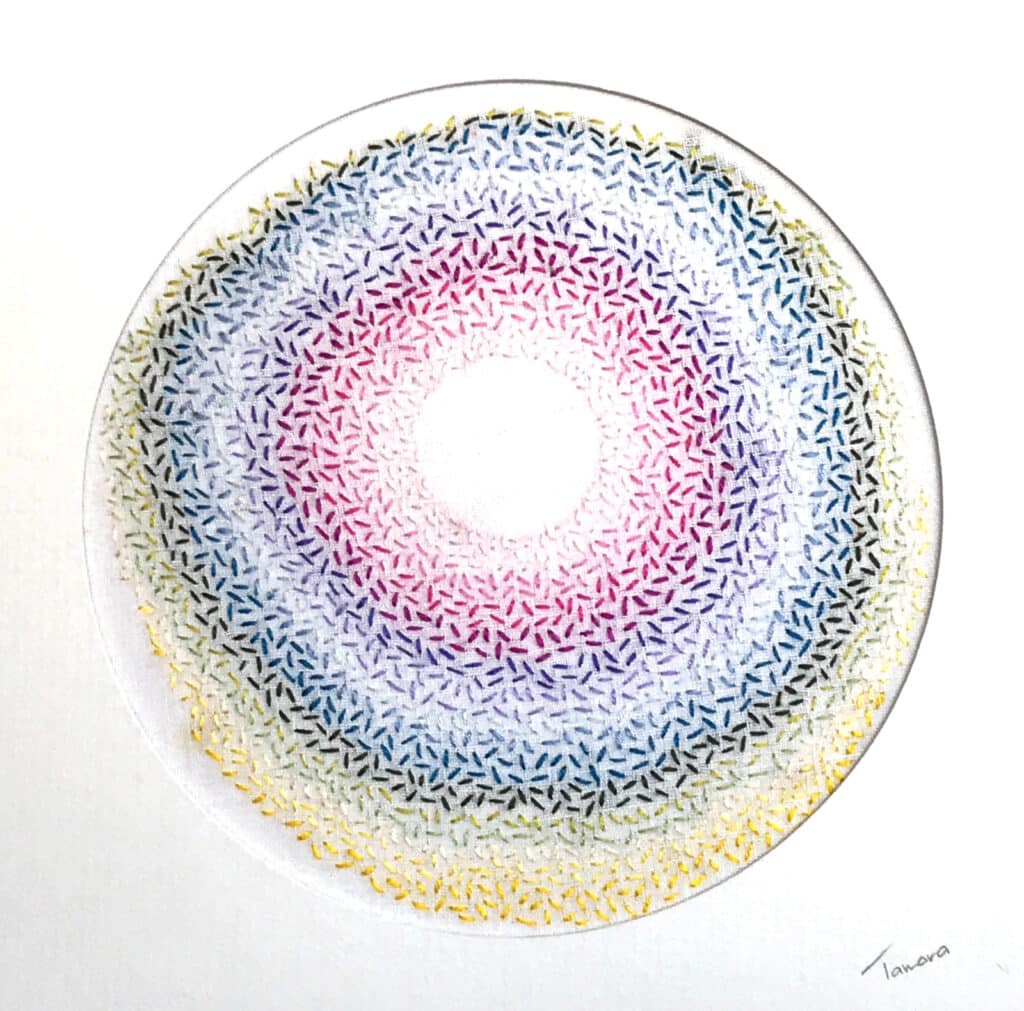 Tamra’s recent experimentation with Kintsugi, the Japanese art of repairing broken pottery, came about through a cosmic conjunction of happenstance.

“When I was in my teens, I went to school for a year in Japan and saw the practice.” Her memories of Kintsugi stayed with her until Tamara recently dropped a favourite vase, “That was at the beginning of COVID last year, and I didn’t want to actually throw it out.”

The combination of her broken vase and lockdown encouraged Tamara to get creative, “I had this lovely eco-dyed silk. I referenced the Japanese Kintsugi idea of putting ceramics together with a gold glue, and instead of using glue, I stitched the silk over each piece that was broken.”

Tamara has been enjoying success with the Naarm Textile Collective. “I set it up about two years ago as a Facebook group, just to try and connect some people and get chatting. It was originally meant just to be Melbourne. We’d be local; we could all kind of meet up for coffee or do something. Then when I started the show,  I realised that a lot of the people who actually had connected with Naarm weren’t actually in Melbourne; they were in Ballarat, Warrnambool, Mildura; they’re up there all over the place. Naarm is actually the indigenous term for the region of Melbourne, and I’m not going to change the name, but we’re now all Victoria because there were so many people wanting to connect.”

We’re not trying to be a huge group. We do have members now who come from all over the world, but it’s just it was about that connection.” 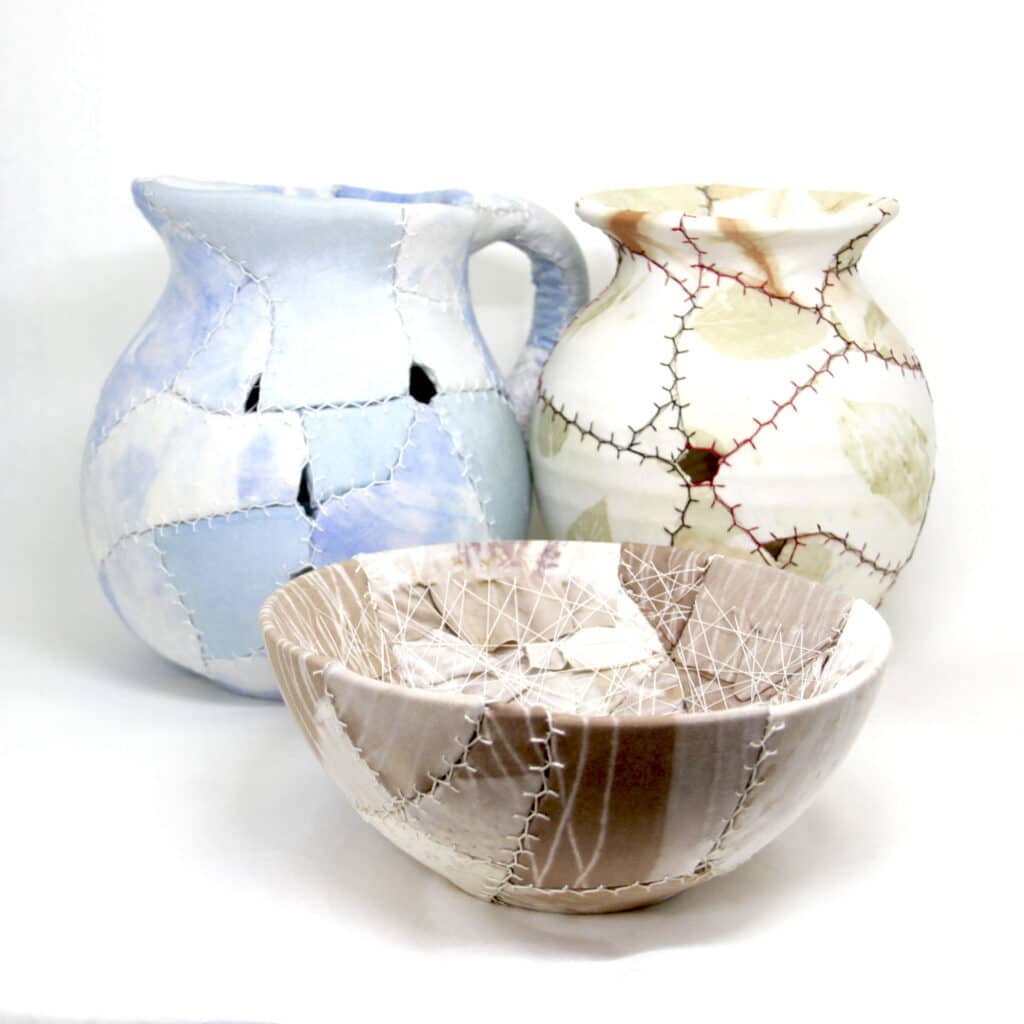 For Tamara, expressing her concerns for justice in her art is half catharsis and half education.

“I need to get it out, but it’s also having it as something that people can understand. To me, how we treat asylum seekers is really appalling,” Tamara says, displaying her passion for justice for asylum seekers in Australia, “because at one time or another, most Australians actually sought asylum here, whether it was through being a ‘10 pound Pom’, or the post-war immigration Blitz, or going right back to the convicts and Captain Cook, we came from somewhere. And now to not allow anyone else in unless they’re basically privileged is just appalling.”

Her piece, They Sought Refuge, made of four t-shirts, is a fine example of Tamara’s passion, “There are four shirts, there’s a baby shirt, which has the story of baby Asher. Then there’s a child’s; so many refugees are actually under 18 and kept locked up. Then the women’s shirt is about the countries that are hosting refugees and the numbers and how pitiful our numbers are. And the man’s shirt, the front side is all the negative rubbish that we hear, and the backside is actually the facts. The shirts, to me, were this real thing because it’s a family; we’re not talking about just a load of young blokes or whatever that they try to tell us. We’re locking up people’s families, and we’re cutting short people’s lives. There are people who have been locked up for eight years. We complain when we’re locked up for 200 and whatever days; they’ve been locked up for so long. “

Tamara does not shy away from expressing her personal trauma to help share her important messages. “In 2018, I was diagnosed  with breast cancer on Valentine’s Day, and always wanting to be a bit different; I had two different cancers in the same breast.”

Tamara created Tears Cried with her personal handkerchiefs as both an expression of her struggle and a plea to Australian women, “These hankies were ones that my mother had given me, they’re a set of four, and I use them through my treatment to literally cry on, blow my nose, whatever.”

Tears Cried is a physical symbol of the pain and trauma of surviving breast cancer. “On the bottom left, that is actually a cancer cell. And then the top right is how your lymph nodes go through your breasts. I was very lucky, it hadn’t gotten into my lymph nodes, and they were very small. So I was treated, and all is well. My message now, and I’m very strong about it, is, don’t miss your mammograms. No matter what you do, do not miss your mammograms. My sister died of breast cancer. So she had it in 2014. It came back metastasised all through her body. And she died two years later, in 2019. And that was because it was caught too late. So my thing is to not miss your mammograms.”

To finish on a lighter note, Tamara says her daughters are what she is most grateful for in life, “I have three very strong, wonderful daughters who are amazing and have supported me through life. And hopefully, I’ve supported them. Through them and their comments and their vision of the world, I’ve been able to see things differently. They are what I’m most grateful for.” 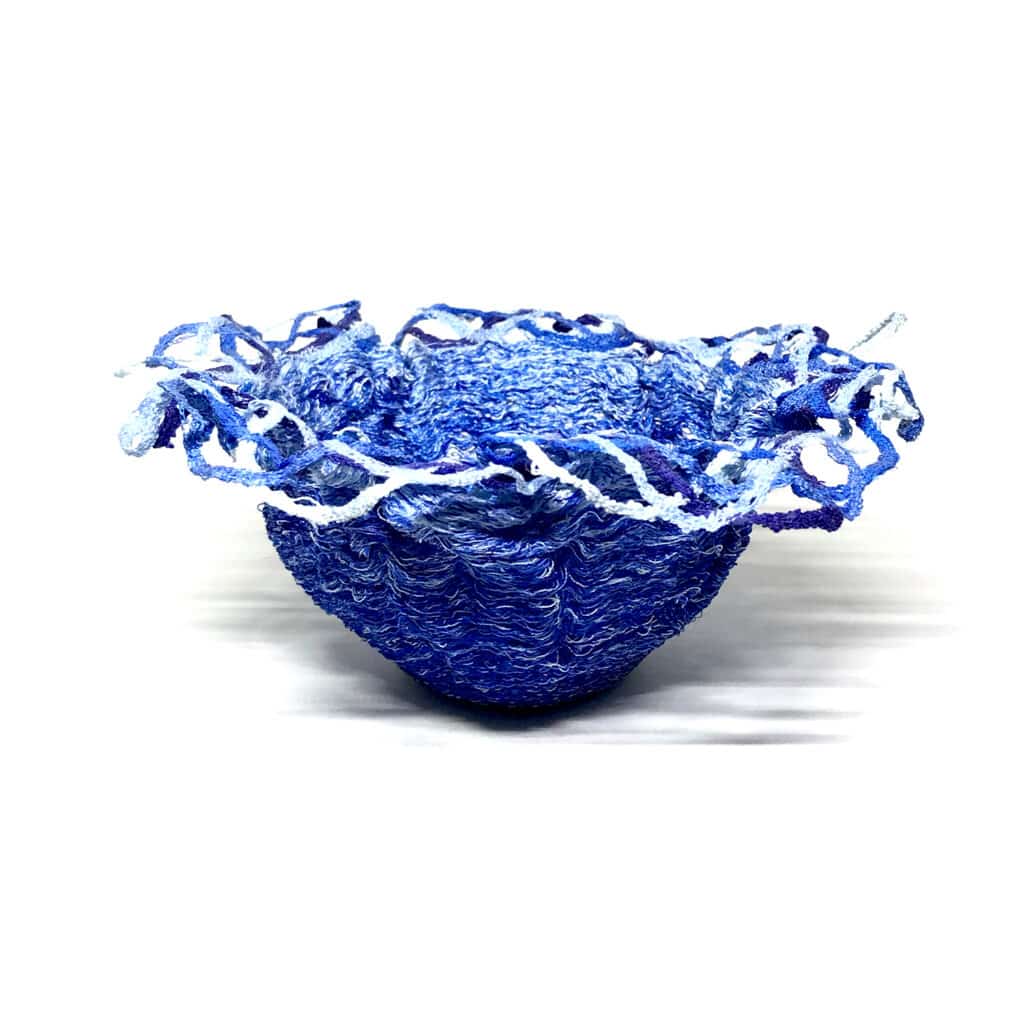 Tamara Russell is a textile artist specialising in free machine embroidery, hand stitching and mending based in Melbourne, Australia. 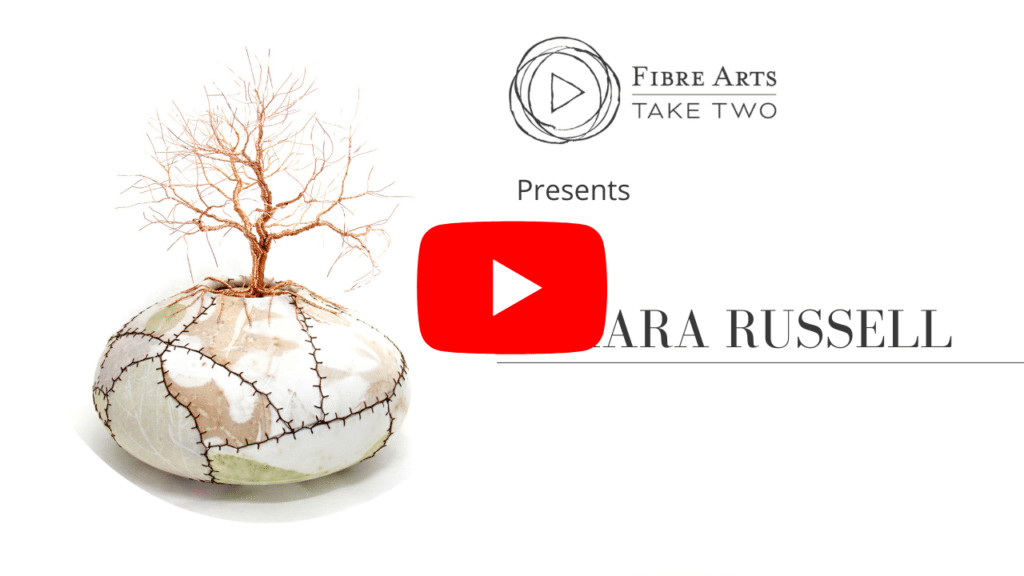